It comes as no surprise to me that the aspect of films that even the most restless film viewer finds most comfortable to comment on is an actor’s performance. Why would it not be? Performances are so ingrained in our day-to-day lives that commenting on them feels natural to us. We know when an actor is convincingly performing the role of a person who actually feels natural in his/her skin, or when that same actor is playing a character who themselves is playing another role because we tend to ourselves be in a constant struggle to ride a fine line between being someone else and being ourselves. Films capture both this (if I am to put it negatively) artificiality that we showcase in front of people, and our true emotions that we probably display towards people who we feel comfortable around. Satyajit Ray’s “The Apu Trilogy,” for instance, is a masterclass in showing the actuality of its characters’ emotions, stripping them off any sense of artificiality. It’s a trilogy of films that feels so pure and honest in the representation of its characters’ feelings that it reminds us of our most intimate moments with people close to us or with ourselves. My favorite films of April, however, delve deep into the different roles we tend to play in our lives in front of people to either satisfy ourselves or to simply keep us from going insane. 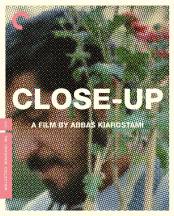 The most direct way of tackling this subject of duality is done by Abbas Kiarostami in his widely influential documentary “Close-Up” (1990). The Iranian auteur observes the seemingly simple trial of a wannabe director, Hossain Sabzian, who performs the role of an established director, Mohsen Makhmalbaf, for a family to give himself the satisfaction of having “acted” as the person he aspires to become. Deconstructing the nature and spiritual reasons of the imposter in close-up, Kiarostami reveals the broadest possible spectrum of ideas to the viewers that do not merely pertain to discussing the influential role of film in a person’s life. Kiarostami’s wholly non-judgmental and almost sympathetic approach towards Sabzian makes the film operate at a much more human level too allowing the director to explore the sense of relief and escapism that assuming a role enables for people. In fact, this approach even goes on to suggest that the element of performance may as well not be a crime, but a natural tendency on people’s part to get away from the reality of their mundane lives.

Olivier Assayas’s “Clouds of Sils Maria” (2014), similarly suggests the almost subconscious need to perform a different role but indicates that the destination that assumed identity takes a person to is only partly inspired by envy for others. The French auteur’s film begins with a seemingly straightforward premise that looks at an aging actress, Maria Wanders (an extraordinary Juliette Binoche, even by her own very high standards), struggling to decide how to portray the role of an older woman, Helena, in the remake of a play she performed years ago in which she gained fame for playing the character of Sigrid, the younger lover of Helena. However, slowly the director begins to blur the line between reality and fiction for Maria as she begins to rehearse the play with her (much) younger secretary, Valentine (a delightful Kristen Stewart continually wearing a straight-faced expression). Using the conversations between the two characters that range from discussing the toxic role of media for actors that turn them into obnoxious celebrities, to the comparison of acting styles in contemporary Hollywood films and more art-house fare, Assayas aims to reveal the highly artificial nature of what a person projects to people and themselves. The director frames several conversations between the Maria and Valentine in which it becomes increasingly hard to tell whether they are rehearsing their respective roles, or actually having a conversation with each other. Using Valentine’s character as somewhat of a foil, Assayas expertly picks apart Maria’s personality by mixing her role with that of both Helena and Sigrid to demonstrate what she is mostly trying to do is maintain the illusion of being young.

Ingmar Bergman’s “Cries and Whispers” (1972) uses the impending, and eventual death of Agnes (a hauntingly memorable Harriet Anderson) to similarly expose the artificiality of her two sisters, Maria (a terrifically vulnerable Liv Ullman) and Karin (a quietly frightening Ingrid Thulin). Much like the bold red mise-en-scène, and royal costume design that gives the film an almost gothic horror-like quality, the acting also operates at practically an equally operatic level to scream (effectively) to the audience about the fakeness of the sisters cries and the truth about their whispers. Bergman makes this duplicity of the sisters even more evident by frequently using the famed fade to red edits to cut to flashbacks of the lives of sisters (almost filmed like the characters providing a confession to a pastor) in which they play entirely different roles to the ones they perform in front of her dying sister. This artificiality, when shown in front of unknown people is more of a defense mechanism and an attempt to keep one’s semblance intact. But, the Swedish auteur’s harrowing film suggests that for this family, this artificiality is the only way they can use to communicate with even their loved ones, which is what makes it the film’s denouement so utterly heartbreaking.

Tomas Alfredson’s “Tinker Tailor Soldier Spy” (2011) expands on this idea of wearing masks as the only form of communication beyond family relations to mainly focus on men and their increasingly fraught relationships with their fellow comrades in 1970s England. Alfredson and fellow Swedish cinematographer Hoyte van Hoytemma construct a beautifully contaminated atmosphere in which the several rooms in which the characters convey purposeful exposition to each other seem filled with a dense layer of smog, complementing the consistent nature of deceit present in almost all of the film’s characters. Spy films, generally, use this duplicity of its central protagonist and other players to provide suspense to the film’s narrative. Alfredson’s film, however, employs an almost opposite approach with George Smiley (a magnificently restrained Gary Oldman), the protagonist of the film, who seems like the only central character who is not performing for anyone. Smiley looks appropriately lost, lonely, and deeply nostalgic for a better time throughout the film. His other friends are also feeling the same, but for the majority of the film’s runtime, Alfredson shows them trying to play a part that is perhaps distracting to both the person they are communicating with and to themselves.