From the moment we enter this world to the time when we evaporate into the void, we are always either under some form of authoritarian presence or are the authority itself. This consistent authoritarian presence is not strictly limited to one that is political, which, in the current state of democracy, tends to extract criticisms. It’s also to do with looking at the role of power from a personal, intrinsically human point of you, like that of a mother to her child, which tends to complicate the consistent criticisms thrown at the authoritarian figure. What if, as Jason Reitman’s beautifully realized “Tully” (2018) suggests, we look at motherhood from the mother’s point of view? The role of authority begins to feel much more of an exhausting ordeal than as it is made to look like if viewed from the subordinates’ point of view, like in Meghna Gulzar’s “Raazi” (2018). The problem then with looking at these roles becomes that we inherently have to choose a position, to begin with, either as the head or the foot in this ladder of power, which automatically colors the way we define (or mostly vilify) the other role we attempt to understand. My favorite films of May struggle with this problem too and use this limited perspective of looking through the lens of a particular character (or social group) to either critique the role of the authority (patriarchy, actually, in two of the four films) or establish its position as a necessity and natural progression of life. 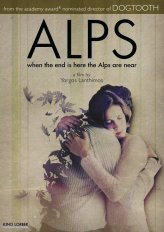 If there is one film in the whole history of cinema that exemplifies and glorifies authority, it’s Francis Ford Coppola’s epic first installment of “The Godfather” series. Right from the opening shot of the film that zooms out from a close-up of Amerigo Bonasera asking Don Vito Corleone (Marlon Brando) for a favor to reveal the Don positioned in the foreground of the frame covered in black shadows, Coppola revels in demonstrating the power of authority by almost refusing to show The Godfather’s face until Bonasera asks something that is of actual significance to him. Through this introduction scene alone combined with Brando’s quite perfect portrayal of The Godfather, in which he uses both the assured huskiness of his voice and composed movements of his hands to capture the calm menace of the protagonist, Coppola demonstrates how necessary this authority is for running the business of organized crime. The director, moreover, also indicates through the ensuing narrative that this power also holds the key to maintaining and, in some ways, strengthening personal dynamics within the family, especially between the male members. The critical conversation between the Don, and Michael (Al Pacino), for instance, is about their business, and Coppola again establishes that for these authoritative figures the power defines their work, which, in turn, represents the (male) family bonds. The people lower down the importance ladder, particularly the females in Corleone family, barely even feature in these conversations. This non-inclusion of female characters is not a criticism of the film’s authoritative male characters, but more of an accurate representation of what this form of power signals to the people in charge of it — to not look down.

Yorgos Lanthimos’ absurdist tragi-comedy “Alps,” (2011) however opts to switch perspectives completely, looking at the dynamic between patriarchy and women, from the female characters’ point of view. The Greek auteur’s film focuses on a group of four people – nurse, paramedic, gymnast, and her coach (having no particular names constitutes as normal in a Lanthimos film) – who stand in for the deceased, for a fee, at the request of the dead’s loved ones. Very much like his more acclaimed feature “Dogtooth,” (2009) “Alps” employs an (arguably, even more) outlandishly innovative story, to explore the weird ways in which humans interact with each other and the incredibly messed up ways in which we try to cope with complex emotions like grief. Lanthimos, however, does not just look at these themes. The incredibly resourceful director uses this weird conceit to also talk about several other themes, particularly that of patriarchy, which feels naturally built into his statically framed, mannered world. The dynamic between the members within the group, and particularly, the narrative’s focus on the Nurse and gymnast’s struggles to fully realize their dreams because of the prominent domination of the other two male members in the group clearly attempt to critique the authoritarian and patriarchal regime in Greek society. A memorably nerve-wracking scene between the paramedic (the self-proclaimed leader of the group) and the Nurse (a terrific Angeliki Papoulia, whose performance perfectly complements both the iciness, and deliberately confused tone of the film) is emblematic of this very struggle that people at the lower end of the ladder face in “Alps.” The director frames the beginning of this scene with the paramedic standing and the Nurse sitting down, clearly establishing the difference in the power dynamic between the characters. Then, Lanthimos switches to a close-up of the Nurse as the paramedic continues to bark his orders. This close-up amplifies the cruelty of the authority as Lanthimos’ focus is demonstrably on the victims of power, who merely want to break away from this authoritarian regime.

Similar in its focus, but completely stripped off the complicated absurdity of narrative to boldly highlight the filthiness of patriarchy is Devashish Makhija’s directorial feature debut, “Ajji.” (2017) The simplistic, no-nonsense narrative and character motivations of the film clearly make “Ajji” a rape-revenge genre film, one which does not shy away from the brutality, horror, and disturbing banality of the aftermath of a rape and preamble to its climactic revenge. This straight-forward focus on the rise of the film’s protagonist, Ajji (played with an aching vulnerability by Sushma Deshpande), to become the authority figure in her economically disadvantaged family to avenge the rape committed on her 10-year-old granddaughter, Manda (Sharvani Suryavanshi, expressing a world of suffering through her tortured eyes, and soft dialogue delivery) is what defines the perspective of the film. Moreover, exploring the cruel nature of authority through the lens of the downtrodden in the society allows Makhija to flex his cinematic skills in using hand-held cinematography and diegetic music to capture the dark, claustrophobic, and disgusting world of the film. Most of the times then in this dystopian world, the distanced view of the antagonist minister (a terrifying Abhishek Banerjee) committing skin-crawling acts (one particularly on a mannequin) is that of a monster, which in many ways suggests the scarily exact nature of the corrosive presence of power that currently exists in India. The director, however, crucially, does not only indulge in creating a world in which the only thing that is present is a nihilistic sense of despair. Makhija, expertly uses reflection from mirrors, to capture some extremely tender moments between Ajji and Manda to suggest that this form of authoritarian presence should predicate society, not the one that characters in the film are subject to for most of the time.

Situated in a much lighter, and comparatively conflict-free world, but with similarly sad reflections on how the pure authoritarian role of a parent to child may never be replicated by the (at times, forced) position of authority that the grown-up child has to take towards their elder parents is Yasujirō Ozu’s “Tokyo Story” (1953). Ozu, known to be one of the greatest (if not the greatest) humanist filmmakers of all time, modestly explores the gradual acceptance of loneliness that the patriarch and matriarch of the Hirayama family come to after visiting their sons, daughter, and widowed daughter-in-law in Tokyo. The lack of melodrama and honesty with which the parents accept their predicament is striking as Ozu suggests that this lack of authority over children, and eventual (over) dependence on them is a universal truth that people ought to accept. The old couple, in fact, finds most solace in their interactions with their dead son’s widow, and their youngest daughter, someone who they think they can still exercise their affectionate authority over. The Japanese auteur, interestingly, refrains from giving a detailed account of the childhood of their other kids, who never appear cruel, but always feel burdened and detached, expressing their displeasure on the arrival of their parent’s visit to Tokyo. This greater emphasis on the parent’s ordeal as opposed to that of the children’s places a somewhat nostalgic lens on the role of authority for the central characters in the film. Perhaps, a remembrance of a time when they shared a greater bond with their children that may never reprise despite the role reversal that occurs in family dynamics as time progresses.